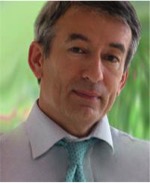 The immune system is not well understood by most members of the medical profession. Most doctors do not know, for example, that it is the innate rather than the acquired immune system that is more important in keeping us healthy. And most do not know that the innate immune system is damaged by excessive hygiene (the ‘hygiene hypothesis’); and can be enhanced by the use of immuno- primers, among which the lead candidate is yeast-derived 1-3, 1-6 beta glucan.

This will soon change. These important new therapeutic tools are now the subject of intense research programmes; a quick search of the medical and scientific databases reveals a rapid proliferation of publications citing the 1-3, 1-6 beta glucans in a wide variety of applications. Most of the work in this area has been sponsored by Biothera Pharma, a Minneapolis-based company that produces the market-leading beta glucan, Wellmune. The FDA is currently supporting the development of Biothera’s beta glucans as pharmaceutical agents in cancer

therapy, with trials running at the Mayo Clinic and other sites around the world; and as tools to reduce the incidence of post-surgical infection. Research at the University of Seoul in South Korea has demonstrated their effectiveness in improving resistance to infection with flu viruses, important work which was supported by a recent clinical trial at the University of Southampton. At the Technical University of Berlin, scientists have used them to replace antibiotics in animal feed, as has already occurred in aquaculture world-wide. Research teams at the Universities of Oslo and Pernambuco (Brazil) are working on their ability to reduce the severity of allergic disease, the American Armed Forces Radiation Research Institute has demonstrated beta glucans’ ability to protect against bone marrow suppression due to radiation, and the Canadian Department of Defence proved that the beta glucans even protect against the feared bio-weapon anthrax. As a result of these and many other studies, and Wellmune’s pristine safety record, leading baby food manufacturer Mead Johnson has now introduced Wellmune into their range of infant foods, to enhance immune functions. The beta glucans are important and pluri-potentcompounds.

Innate immune cells do not have the ability to recognise a wide range of antigens, but they do carry on their surface an extremely important group of 12 or 13 receptors called Toll-Like Receptors, or TLR’s. TLR’s respond to only a limited number of compounds; but as these compounds are very basic elements in micro-organisms, and occur in every bacterium, virus and parasite, the TLR’s are able to recognise any infection and initiate an appropriate immune response. When they recognise a bacterial cell wall compound such as lipotechoic acid, lipopolysaccharide or flagellin, they initiate an antibacterial response involving, inter alia, heightened macrophage activity. When they recognise viral DNA, they initiate an antiviral response involving interferon and enhanced NK cell activity.

Wellmune, which is a purified and standardised extract of yeast cells, contains high levels of 1-3, 1-6 beta glucan. This occupies and activates the critically important CR3 receptor, which occurs in the cell walls of all innate immune cells and primes them, enhancing their ability to migrate to the site of an infection and to kill any pathogens they findthere.

After ingestion, the beta glucans are taken up by M-cells in the Peyers Patches in the small intestine, and phagocytosed by macrophages. Macrophages digest the beta glucans into smaller fragments, and release these over

a 24-36 hour period into the blood stream. The fragments bind to CR3 receptors on neutrophil granulocytes and Natural Killer (NK) cells, priming them and making them more more effective. As the neutrophils are involved in killing bacteria, and the NK cells kill both virally infected cells and cancer cells; priming with beta glucan fragments leading to increased resistance to infection, and enhanced cancer cell killing respectively. Activation of the CR3 receptor also supports white blood cell proliferation, thereby enhancing bone marrow recovery after radiation or chemotherapy.

There is a further, integrated effect on the acquired immune system. When innate dendritic cells are activated via their CR3 receptors, they ‘tell’ the acquired immune system that an infection is on hand and instruct naïve T-helper cells to develop into TH 1 cells, which have anti-microbial properties, rather than TH2 cells which are involved in allergic reactions. The resulting increase in the TH1 / TH2 ratio has a profound anti-allergy effect.

The first step in the sequence whereby a microbe or a cancer cell is targeted and killed by the innate immune system involves binding of an antibody (either endogenous or a monoclonal) to the target cell. This is followed by activation of complement, a blood protein which binds to the antigen / antibody complex and opsonises it. The process of opsonisation marks the target, and creates a chemical gradient which attracts innate effector cells. In the case of a bacterium the effector cells are predominantly neutrophil granulocytes, in the case of a virally infected cell or cancer cell they are primarily NK cells and tumoricidalgranulocytes.

Neutrophil granulocytes, NK cells and tumoricidal granulocytes possess receptors which recognise antigen/antibody/complement complexes, and when they come into contact with these ligands they are activated to kill the target cell. However, they also possess CR3 receptors, located very close to the ligand receptors; and when both categories of receptor are simulataneously occupied, the effector cells become more aggressive, and more effective at killing their targets.

When 1-3, 1-6 beta glucan is taken prophylactically, or as part of anti-infective or anti-cancer therapy, the CR3 receptors are effectively pre-occupied; which means that any effector cell response to a pathogen or cancer cell is faster and more effective. This is termed innate immune priming; and it is one of the fastest growing fields in immunology, infection control and immuno-chemotherapy.

There are increasing problems with antibiotic and anti-viral resistance, and in any case many of the anti-virals are relatively ineffective. Priming the innate immune system with 1-3, 1-6 beta glucan has been shown to increase resistance to bacteria and viruses in crustacean, fish, poultry, guinea-pigs, pigs and humans1-5. As many GP’s are reluctant to review animal data, the critical clinical trials published to date are given below6-10. Further trials are taking place under the guidance of the FDA; they all show reduced incidence of infection after surgery with, in some cases, reductions of over 80%. In terms of flu, 1-3, 1-6 beta glucan has been shown to increase resistance to influenza virus in mice11 and pigs4; a Taiwanese trial should duplicate these results, and is scheduled to report in 2013.

Anti-cancer drugs are extremely toxic, and while the latest generation of these (the mono-clonal antibodies or MAb’s) is not as dangerous they are relatively ineffective. When combined with beta glucans, however, their effectiveness is greatly enhanced; without additional toxicity12-19. Key members of the Tumour Immunobiology Program at the University of Louisville recently stated: ‘Extensive studies in preclinical animal tumour models have demonstrated the efficacy of combined oral particulate yeast beta-glucan with antitumour MAb therapy in terms of tumour regression and long-term survival. It is proposed that the addition of beta-glucan will further improve the clinical therapeutic efficacy of antitumour MAbs in cancer patients.20. A series of Japanese clinical trials have drawn similarconclusions21-30.

Increasing the TH1 / TH2 ratio is considered to be one of the holy grails of allergy research. In an overly sanitised environment, it is thought that relatively low pathogenic exposure leaves the immune system prone to react to inappropriate stimuli such as pollen or peanuts. This is the classical ‘hygiene hypothesis’. A more sophisticated version states that it is the removal of immune primers and specifically yeast from the food chain that has left our immune systems so unbalanced. Adding beta glucans back into the food chain acts via the innate immune dendritic cells to ‘persuade’ the acquired immune system that there is an infection. It then switches its emphasis to warding off potentially disease-causing micro organisms, by increasing the TH1 / TH2 ratio. As this occurs, symptoms of allergy diminish31-34.

Formation of lymphocytes and platelets in the bone marrow is suppressed by radiation; which is why the immune system is damaged by radiotherapy, and to a lesser extent by long-haul flights. When CR3 receptors on the haemopoietic cells are occupied by 1-3, 1-6 beta glucan, this triggers a more rapid restoration of white blood cells, and reduces the risk of life-threatening infections35-40.

There are a number of different brands of beta glucans on the market presented in different formats such as capsules and tablets. The most extensive investment has been made in the Wellmune WGP®brand, which is also available in food supplement form. Subject to regulatory approval, beta glucan could yet be available in many other presentations such as biscuits, confectionary, chocolates and even juices and smoothies, as it is water soluble and extremely versatile. That would make this extremely valuable nutrient available to a much wider segment of the population. I would advise consumers to seek guidance from their healthcare provider to ensure dosages are correct and in line with clinical guidance, but as many clinicians are not yet familiar with these agents a careful web search can be helpful.. It is suitable for adults and the elderly, pregnant and nursing women, and children subject to appropriate dosage.

A multi-institutional prospective study of lentinan in advanced gastric cancer patients with unresectable and recurrent diseases: effect on prolongation of survival and improvement of quality of life. Kanagawa Lentinan Research Group. Hepatogastroenterology. 1999 Jul-Aug;46(28):2662-8.

A.A case of long survival with UFT and lentinan treatment in a patient with peritoneal metastasis of gastric carcinoma

Dr. Paul Clayton received his MA in Medical Pharmacology at Edinburgh University and went on to receive his PhD in MRC and BMU at the same University. He has written, published and lectured extensively in the years that followed. He has held various positions as consultant and advisor to government institutions and private companies; He now devotes his time exclusively to nutritional medicine. He is a former President of the Royal Society of Medicine Forum of Food and Health. He is a Fellow, Foundation for Food, Brain and Behaviour (Oxford).