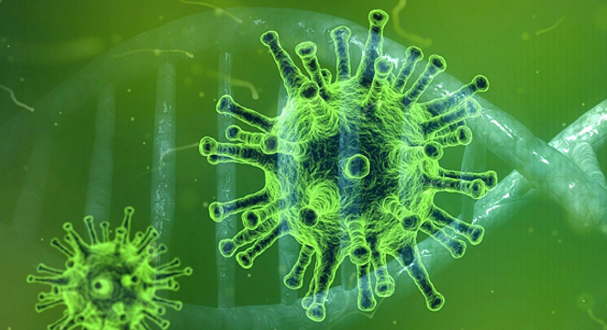 We live in an age where we are bombarded with information. Having fast access to such a wealth of information can sometimes be helpful, yet often not so. Along with information often comes plenty of misinformation. This leaves people unsure of what to believe, and this can soon start to manifest as worry and anxiety.

Read on for some simple and practical ways to support your immune health.

• Regular handwashing - Hand washing is a really simple yet highly effective strategy that everyone can do. Hand washing is especially important before eating or touching any part of your face. General advice is to wash your hands with warm water and soap for at least 30 seconds. Hand hygiene is a commonly used method for prevention of contact infection and is recommended by the Centers for Disease Control and Prevention (CDC) and the World Health Organization (WHO).10-12 In one study, antiseptic handwashing completely inactivated Influenza A virus in infectious mucus within 30 seconds and was found to be more effective than antiseptic hand rubbing using ethanol based disinfectants.13 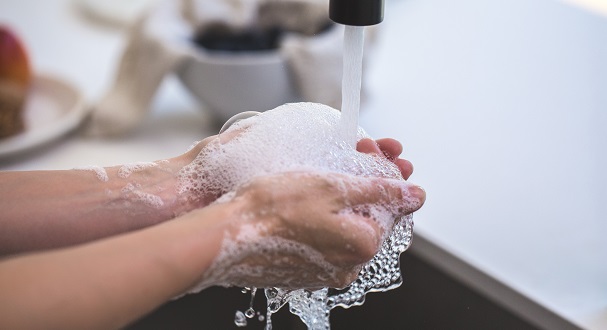 • Avoid touching any part of your face (especially eyes, nose, mouth) with unwashed hands. Start by paying attention to how often you touch your face and you’ll probably be surprised by the frequency of this. This is an especially useful tip to pass on to younger children.14

• Practice cough / sneeze etiquette – Cough or sneeze into a tissue and then dispose of it immediately. If you don’t have a tissue, cough into the sleeve of your inner elbow rather than your hand. 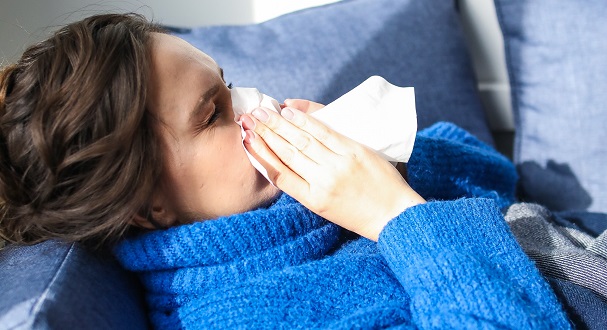 • Stay at home if you are unwell

• Wipe as you go - Regularly wipe down frequently touched objects and surfaces in your home. You can also keep a pack of handy wet wipes in your bag to cleanse commonly used surfaces whilst out and about, such as table trays on planes and train journeys. 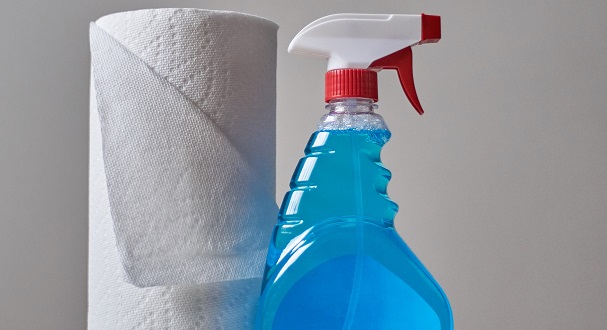 Always at the top of the list for immune support. Vitamin C is a powerful antioxidant, has anti-inflammatory activity and supports the body’s ability to fight infection. Vitamin C has been shown to shorten the duration of the common cold, and even prevent it in some conditions, for example when people are exposed to brief periods of intense physical exercise.16

In a 2017 study, intravenous vitamin C was successfully added to a protocol to significantly reduce mortality in patients with severe sepsis and septic shock.17 In fact, research is now underway to study the clinical efficacy and safety of vitamin C for the clinical management of severe acute respiratory infection (SARI) (the severe pneumonia which has been caused by the new coronavirus strain) through randomised controlled trials during this current outbreak.18

Vitamin C also helps to support a healthy stress response and so may have added benefit when worries are heightened.19 Foods rich in vitamin C include citrus fruits, kiwi fruit, berries and bell peppers.

Vitamin D has been found to play a significant role in the function of the immune system, in both innate and adaptive immunity. In a 2017 review on vitamin D published in Clinical Therapeutics, vitamin D is described as a ‘pro-survival molecule’.

The authors commented, “vitamin D not only helps the immune system to be dampened during an excessive or chronic reaction (anti-inflammatory potential) but also to rapidly reach its completion or exhaustion, helping innate cells to kill bacteria or viruses. In this sense, vitamin D maintains its pivotal role as a pro-survival molecule.”20

Many immune cells express vitamin D receptors and vitamin D also enhances the antimicrobial properties of immune cells. In addition, our bodies naturally produce substances called antimicrobial peptides (AMPs), which act as the first line of defence against foreign invaders. This first line of defence is so effective that AMPs are often referred to as ‘natural antibiotics’. There are two main types of AMPs - cathelicidin and defensin, and research has shown that vitamin D specifically upregulates cathelicidin, thus supporting a robust immune response. A 2018 study found vitamin D status to be positively associated with plasma cathelicidin levels.21 A large 2017 study published in the British Medical Journal found vitamin D to be effective for preventing colds and flu.22

Maintaining healthy vitamin D levels is important for supporting the body’s ability to fight infection. Unlike most essential nutrients however, you can’t rely on food to keep your levels optimal. The main source of vitamin D isn’t food, but sunshine; your bare skin produces vitamin D when it comes into contact with the sun’s rays, so risk of deficiency is higher during the winter months and current estimates suggest that many people are low. It’s a good idea to get your levels checked at least once a year, and to add a daily maintenance supplement through the winter months.

Quercetin is a naturally occurring flavonoid found in plant foods. Flavonoids have been found to have significant therapeutic potential.23 Their unique structural properties mean they have the potential to interact with different cell types and thus may be beneficial in the protection against disease. Several studies have found quercetin to be a useful anti-inflammatory support and to improve survival and decrease cell damage in a mouse model of sepsis.24-26

Extracts of elderberry have received much attention recently for their potential natural anti-viral activity. Studies have found elderberry extracts to be beneficial for reducing symptoms of influenza and the common cold. Elderberry is a rich source of powerful compounds called anthocyanins and it is considered that the possible anti-viral activity of elderberry may in part be mediated by ferulic acid, a compound which has been identified in plasma following intake of anthocyanins.27,28

N-Acetyl Cysteine is perhaps a less obvious choice but may be a useful addition to immune support at this time of year, and particularly among the elderly. N-Acetyl Cysteine is used in supplement form to supply the body with cysteine, an amino acid needed to support the body’s production of glutathione – a master antioxidant.

In a 6-month placebo-controlled clinical study, 262 mainly elderly subjects received either 600mg NAC twice daily or placebo. Those receiving NAC experienced significantly fewer influenza-like episodes and days in bed. The researchers also noted that even though the rate of viral infection was the same in both groups, only 25% of the group taking NAC developed symptoms compared to 79% in the placebo group. NAC may be particularly useful in the elderly due to the fact that plasma cysteine and glutathione levels tend to decline with increasing age.29-31

Selenium is an essential co-factor nutrient for the production of glutathione peroxidase and has significant antioxidant properties. Selenium deficiency seems to speed up the rate that viruses can mutate, and influenza has been found to be more pathogenic in selenium deficient mice.32,33 For general immune health, it certainly seems prudent to ensure that selenium levels are optimal. Brazil nuts, oats, sunflower seeds, fish, turkey and chicken typically contain good levels of this important mineral.

A severe deficiency of zinc is known to suppress immune function, and even mild to moderate deficiency can have a negative impact on the immune system’s ability to deal with infection. Zinc supports the function and proliferation of various immune cells.34,35

It’s notable that in the 2014 AREDS trial a significant 27% reduction in total mortality was observed in elderly subjects who received high dose zinc.36

Multiple studies have shown low levels of zinc are associated with increased risk of infections such as pneumonia in elderly adults and children in developing countries.37-39 Ensuring optimal levels of zinc, particularly in children and the elderly would therefore seem sensible. The body doesn’t have much ability to store zinc so it’s crucial that your daily diet supplies plenty of this immune boosting mineral. You’ll find high levels of zinc in meat, chickpeas & lentils, pumpkin and sesame seeds. You can also take extra zinc in supplement form to keep your levels topped up and gently support your immune function. If you regularly take zinc in supplement form however (such as in a daily multi) it is important to balance this with copper, as excess zinc can cause copper deficiency and vice versa.

Beta glucans are naturally occurring polysaccharides found in bacteria and fungi, used to make cell walls and store energy. What’s particularly interesting about beta glucans is their incredible, natural ability to modulate immune function. Wellmune® is a commercially available beta glucan extracted from the cell wall of a proprietary strain of yeast. A 2018 randomised controlled trial studied the effects of Wellmune® yeast beta glucan on immune function and found it reduced cold/flu symptoms following intense exercise.40 These effects are significant since intense exercise is known to be a risk factor for upper respiratory tract infections. This latest research confirms findings from two previous studies which demonstrated immune modulating benefits of Wellmune® in capsule form.41,42

Several immune system functions rely on vitamin A and deficiency is known to impair the innate immune system43 (the non-specific ‘first line of defence’ part of the immune system). Vitamin A also regulates some genes involved in immune function. Vitamin A is found in the diet in two forms: beta-carotene (found in red, yellow and orange plant foods) and retinol, or ‘active vitamin A’ (found in high fat animal foods such as eggs, butter, liver and full fat dairy products). Beta-carotene must first be converted in the body before it can be used, hence why retinol is often referred to as ‘active vitamin A’. For targeted immune support, vitamin A is best supplemented as a mix of both retinol and beta-carotene. For ongoing support in a daily multi, it is best to stick to beta-carotene as your preferred source and include good sources of retinol in your diet.

The gut microflora have important roles to play in their interactions with the immune system, and supporting a thriving, diverse gut microbiome is an important part of ongoing immune health. Saccharomyces boulardii is a safe, non-pathogenic type of yeast which may help to support the immune system. In a 2007 study carried out on children with acute gastroenteritis the administration of S. boulardii (250 mg twice daily for 7 days) resulted in significant increases in CD8 lymphocytes, serum immunoglobulin A and decreases in C-reactive protein levels, suggesting that S. boulardii treatment enhances the immune response.44

And finally, it’s important to remember that a healthy immune system relies on a range of additionally supportive diet and lifestyle factors too. Pay particular attention to: