It’s that time of year, when stuffy noses, sore throats, and annoying coughs can morph into colds, and worse—the flu.

OTC and prescription medicines promise relief, but they don’t come without bothersome, and sometimes dangerous, side effects. A better strategy—certain herbs, vitamins, and minerals have proven to be effective alternatives to OTC decongestants, cough suppressants, and expectorants to help lessen bothersome symptoms and even shorten the duration of some seasonal sicknesses.

There’s some overlap between natural cold/flu and OTC products, explains Loren Israelsen, president of the United Natural Products Alliance, because many popular OTC medicines like aspirin, guaifenesin (an expectorant), and even pseudoephedrine (a decongestant) all originate from natural plant ingredients. “You can buy many of those helpful ingredients in a natural form—they can’t use the same wording because that’s reserved for over the counter products, but essentially they are the same thing,” he says. “There’s a lot of human wisdom and experience behind these natural products, and the evidence and the studies supporting them are definitely there.”

Just as a flu shot targets only certain strains of the virus, there is no one drug to prevent or cure the common cold, and no one natural remedy either. Joe Graedon, pharmacologist, author, and cohost of the nationally syndicated People’s Pharmacy public radio program with his wife Terry Graedon, has a hypothesis: there are over 200 different viruses that cause the common cold, and one remedy won’t necessarily fix the entire problem. For example, “sometimes zinc seems to work like a charm and other times it fails,” he says. “Perhaps the reason is not the remedy, but rather the nature of the infection itself.”

Be prepared for whatever cold and flu season brings with one or more of these 10 proven cold and flu alternatives, combined with plenty of rest and hydration to help keep the bugs at bay:

When it comes to warding off a cold or the flu, an ounce of prevention really is worth a pound of cure. Tieraona Low Dog, MD, author, teacher, and former member of the White House Commission on Complementary and Alternative Medicine Policy, recommends proactive, regular consumption of vitamin C and zinc for decreasing the odds of getting sick. And if you do catch something, this combo will help you fight it off faster. “In general, take 200 mg of vitamin C twice daily, and take it more frequently if you start to catch a cold,” she says. “Take 15 mg of zinc every day (the amount in most multivitamins), and if you start to get sick, suck on lozenges containing 5–10 mg of zinc every 3–4 hours for 2–3 days.”

2. Cod-Liver Oil: This oldie-but-goodie boosts immunity and reduces the risk of upper-respiratory infections.

Cod-liver oil has traditionally been the go-to home remedy for staying healthy in the cold winter months, especially in frigid Nordic countries. It can be taken in either liquid or capsule form. People’s Pharmacy’s Terry Graedon says cod-liver oil’s long-standing reputation for warding off winter colds has been studied for its particular effectiveness in children, and the research confirms that kids who take it suffer from fewer upper-respiratory tract infections. “Whether that is due to the vitamin D and vitamin A that is found in the oil, or to some other quality isn’t known,” she says.

3. Black Elderberry: The first line of defense against colds and congestion, and a proven reducer ofthe severity and duration of influenza. 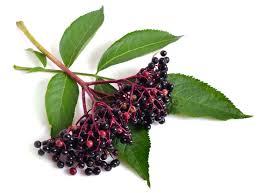 Available in syrups, tinctures, lozenges, and tablets, flavonoid-rich black elderberry is a favorite of Low Dog, who suggests taking this immune-booster at the first sign of a scratchy throat or stuffy nose. “Elderberry can be safe and effective for many of the common respiratory complaints people complain of during the cold and flu season,” she says, noting its safety for adults and children. “Studies show that it has potent antiviral activity, even against the flu,” she continues. “When the H1N1 flu was going around, the National Institutes of Health screened a wide range of natural products to see if they had antiviral activity, and black elderberry ranked very high.”

4. Honey: A sweet soother of coughs and sore throats.

A spoonful of sugar may help the medicine go down, but a spoonful of raw honey, either taken alone or melted into a mug of warm water or a cup of fresh ginger tea, has been hailed as an effective, short-term cough buster, especially at night among young children. Note: Never give honey to children under the age of 1.

The effectiveness of echinacea (also known as purple coneflower) has been hotly debated for decades, but a 2014 study acknowledged that the perennial garden plant does indeed deliver benefits for cold sufferers. Low Dog uses echinacea to quell colds, sore throats, and respiratory tract infections. “I have used the tincture for both my family and patients for more than 35 years,” she says. “As a matter of fact, many patients told me it was the first herbal medicine that they had ever used that made them really believe that ‘this stuff works.’”

This aromatic member of the mint family can help to reduce phlegm. It is usually taken in tea form with honey (a bonus cough soother). “Hyssop possesses antiviral properties and promotes the expulsion of mucus from the respiratory system,” says Low Dog. She adds that hyssop flower tea has long been used to ease colds, coughs, and congestion. “The tea is quite pleasant, and I have found it to be a very good expectorant when taken in small doses throughout the day.”

A featured ingredient in lozenges, salves, and nasal inhalers, eucalyptus oil contains a component that’s proven to be an effective treatment for sinusitis. Most easily used in a diffuser or via steam inhalation, eucalyptus oil has been lauded by the National Association for Holistic Aromatherapy for its ability to decongest sinuses and act as a natural cough suppressant, while helping cleanse the air of bacteria and other icky microbes. You can also blend a few drops into a neutral carrier (like coconut oil) and apply to the chest to help reduce congestion.

Maitake mushroom has been found to be a potent and effective immune enhancer. An extract from maitake known as maitake D-fraction has been shown to increase numbers of key immune cells, enhance their activity, and improve function of immune system overall. This means it can better your odds of not catching that cold in the first place, and help to knock out one more quickly if you do. Studies show maitake D-fraction is effective in stimulating macrophages, T cells, and natural killer (NK) cells in the immune system, giving your body a fighting chance against invaders and even cancer.

Beta glucans are naturally occurring polysaccharides found in the cell walls of yeasts, bacteria, fungi, yeasts, algae, and plants. They work by activating immune cells known as macrophages. In turn, macrophages consume foreign substances in the body, helping the immune system to work more effectively. A UK study found that beta glucans naturally derived from the yeast Saccharomyces cerevisiae (Wellmune WGP) resulted in an 18% reduction of the total number of days with symptoms of upper-respiratory tract infections.